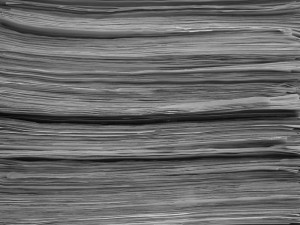 I know I was not your typical teenager. Somehow, I developed a love of the Sunday newspaper, especially the Chicago Tribune and the New York Times. But it didn’t really matter, as long as it was a paper not from my hometown of Detroit. As Joe Jackson, one of my favorite singers during that time in my life, sang in the song “Sunday Papers” from the album Look Sharp in 1979,

Every Sunday, I would spend two – three hours reading the news of the world, dreaming of a life outside the city I was currently living in.

Over the last month, I have begun noticing a change in my Sunday paper. It has become a shadow of itself, becoming thinner, with fewer features. With the challenges to the publishing world, it has become less relavant in my life. The section of ads, which was a major revenue source, is now larger in height than the rest of the other sections when stacked side by side. The sad thing is that they have raised the price for what is beoming an inferior product.

The current newspaper that I subscribe to, the Chicago Tribune, has now become a portal to the electronic world. The editors want to push me to more detail on their website, to the blogs of the columists. They have become part of the citizen journalism that has emerged. It is as the Jam (another favorite band of mine), sung in 1978, in “News of the World”:

2 thoughts on “Where O’ Where Has My Sunday Paper Gone?”